I have been slacking big time and I keep saying I’m back but life is crazy!

More to be added!

In 2016 my best friend and I bought Lady Gaga tickets! It came up pretty fast and we were super excited for it. I had to work in the morning praying that I would get off on time to make the bus to get there on time and I did. Since Gaga’s tickets didn’t say she had an opening act we thought she was going to start right away, we were so wrong. We ended up waiting around for almost 2 hours for Gaga to come on stage, which we were annoyed about because we could have went for a proper dinner rather then eat ACC food.

However, it was a good time. I lost my voice singing to her songs and I drank lots! She played a good mix of old and new songs which was great! 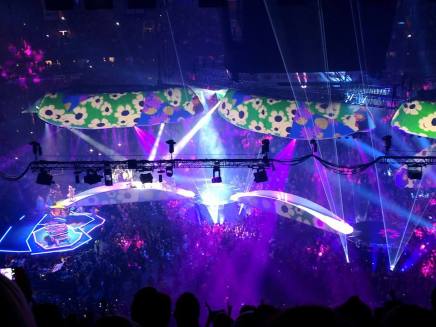 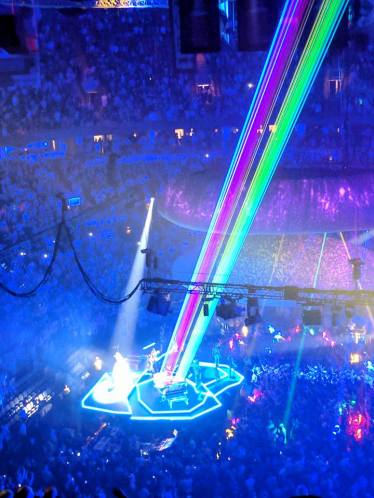 Even though this summer had terrible weather I did get a chance to go to Wet N Wild Toronto water park. For those of you who don’t know Wet N Wild took over the old Wild Water Kingdom, they kept some of the old slides and cleaned them up but they’ve added more.

We started with the one on the left, it was fast but so fun so we said we would try the one on the right, but we were nervous about it (chicken shits I know). By the time we got to this slide it was getting busy so the wait was a little longer but it was alright to warm up and chat. Once we got in tube we were like freaking out but it was actually so cool, you end up going pretty high on that coloured part but it was amazing.

They have other slides but they were crazy and we weren’t about that. The only downfall to this park is that I found is way smaller than Wild Water Kingdom was, you can tell they took some of the slides away and I hope they plan on building them as the years go by.

I would 100% say go to it and enjoy because I totally had fun and I’m an adult! Just remember safety first!

SPOILER ALERT! THIS POST CONTAINS PHOTOS AND DETAILS OF KINGSTON PENITENTIARY AND IT’S MUSEUM. IF YOU PLAN ON SEEING KINGSTON PENN AND DON’T WANT ANY DETAILS RUINED FOR YOURSELF STOP READING NOW!

The Kingston Museum is located between Kingston Penitentiary and Kingston Prison for Women at the old warden’s house. 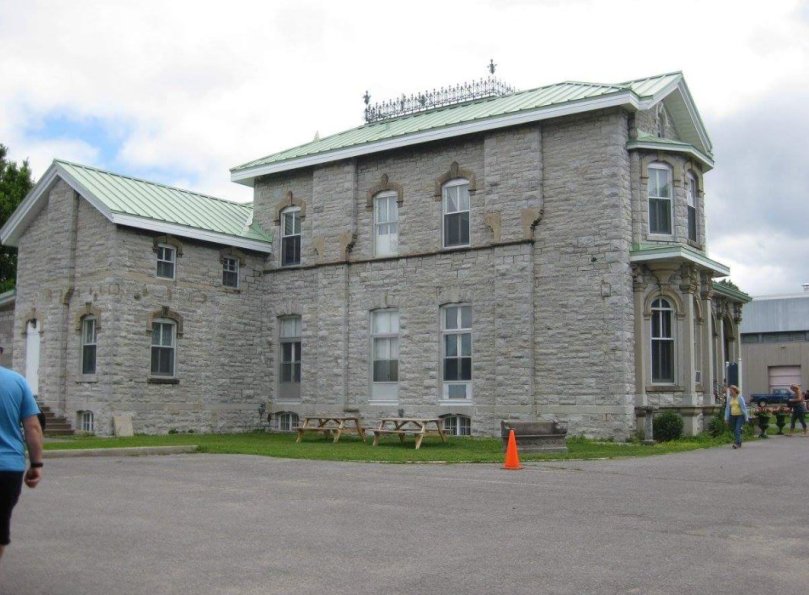 This place is “free”, they ask for a donation to enter but it’s really up to you. There’s lovely workers at the front who tell you about it and after that you’re free to roam at your pleasure.

The museum is literally just amazing things from the Penn. from the beginning to the end. 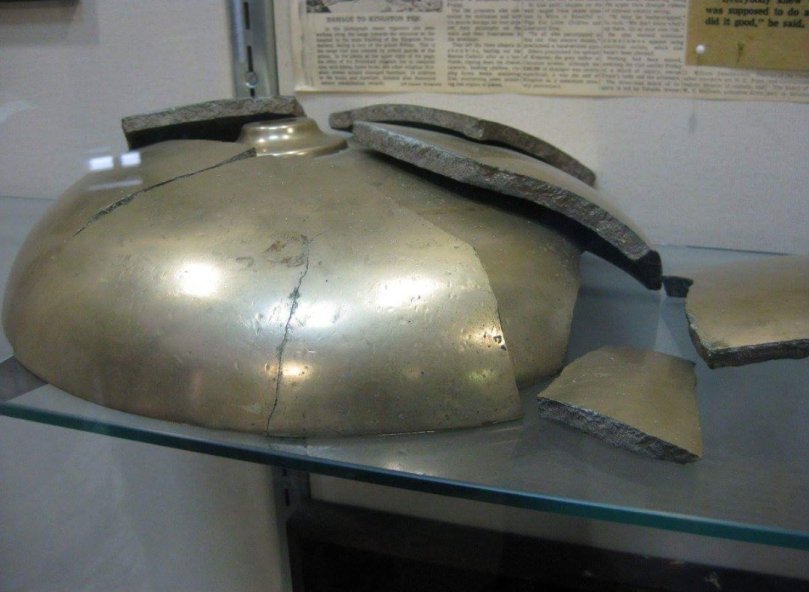 The bell (above) was the hub of the prison. This bell rang 100 times a day, it was the one thing that told you what to do, at what time of the day to do it. Now the Bell is broken, that’s because during one of the 3 riots they broke it and I don’t blame them. 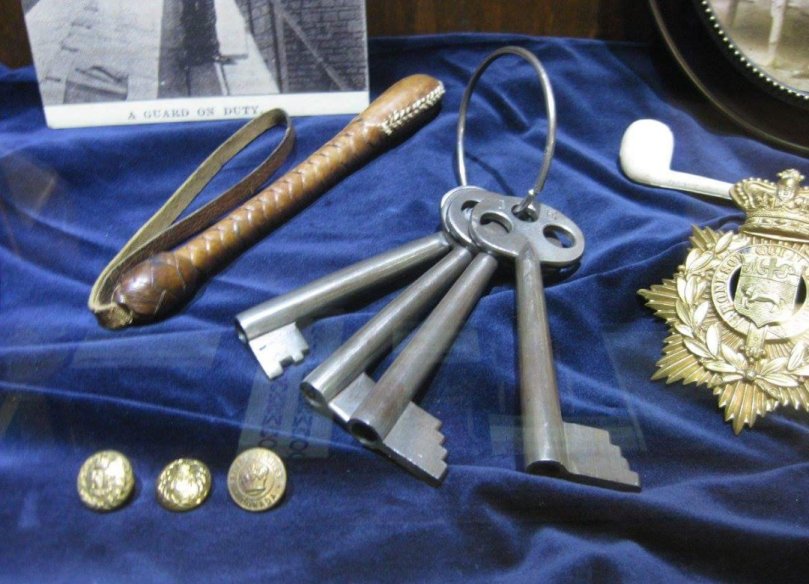 Above are old keys that the guards had to use to open and close all the doors until they updated the prison. These keys were massive and heavy, at some point in the museum there’s a small area where you get to turn one of the keys in a lock. It took some effort to do and it was loud. 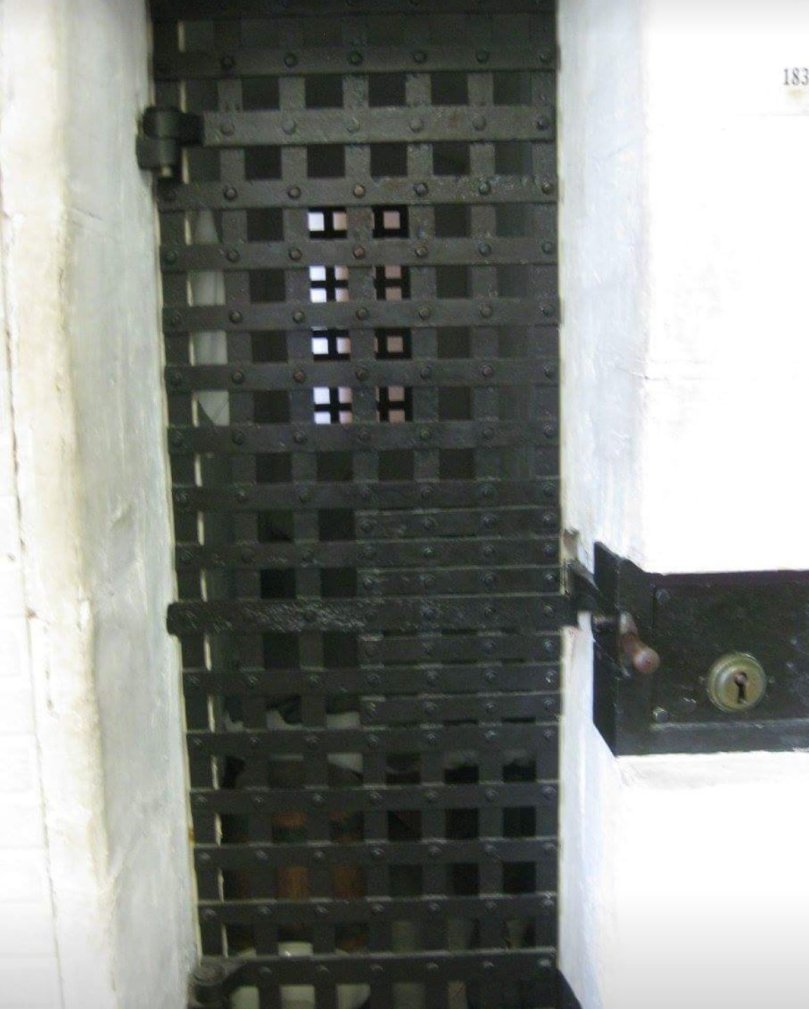 Above is an old cell back in the 1800’s. There was enough room for their beds, during the day they would lift their beds and lean it against the wall so they had “walking” room. I’m 5′ 3 and your average size, I would have trouble fitting in this cell,I couldn’t imagine being in there. The cell you see now at the Penn are two of the old 1800 ones combined. 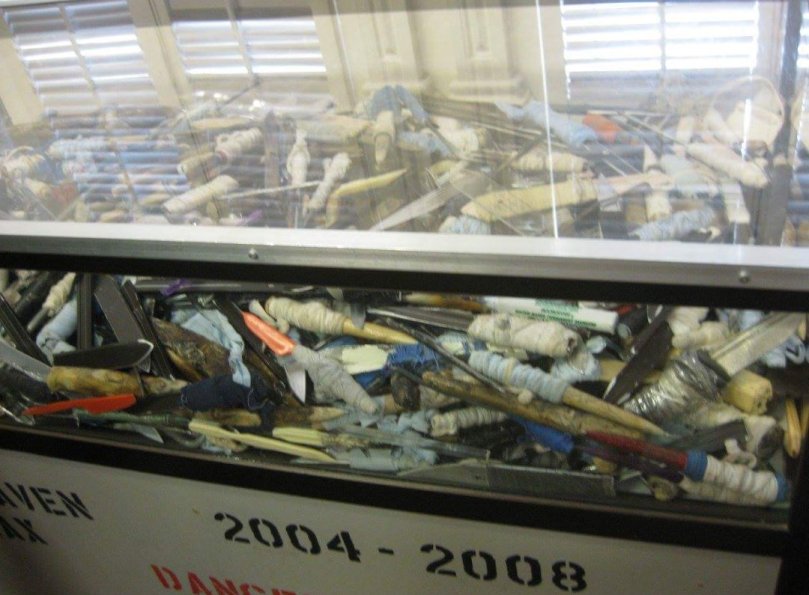 Above is a picture of shanks taken from Millhaven from 2004-2008. Millhaven is the prison that still runs in Kingston. It’s amazing to look at and see how they make them. 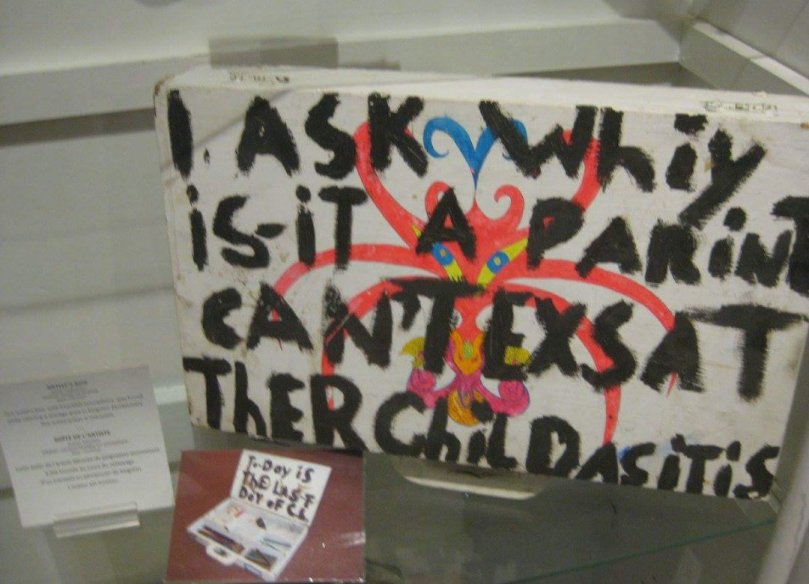 Above is art from an inmate, can you figure out what it says? There was a bunch of art which was amazing, there was some talent locked up. 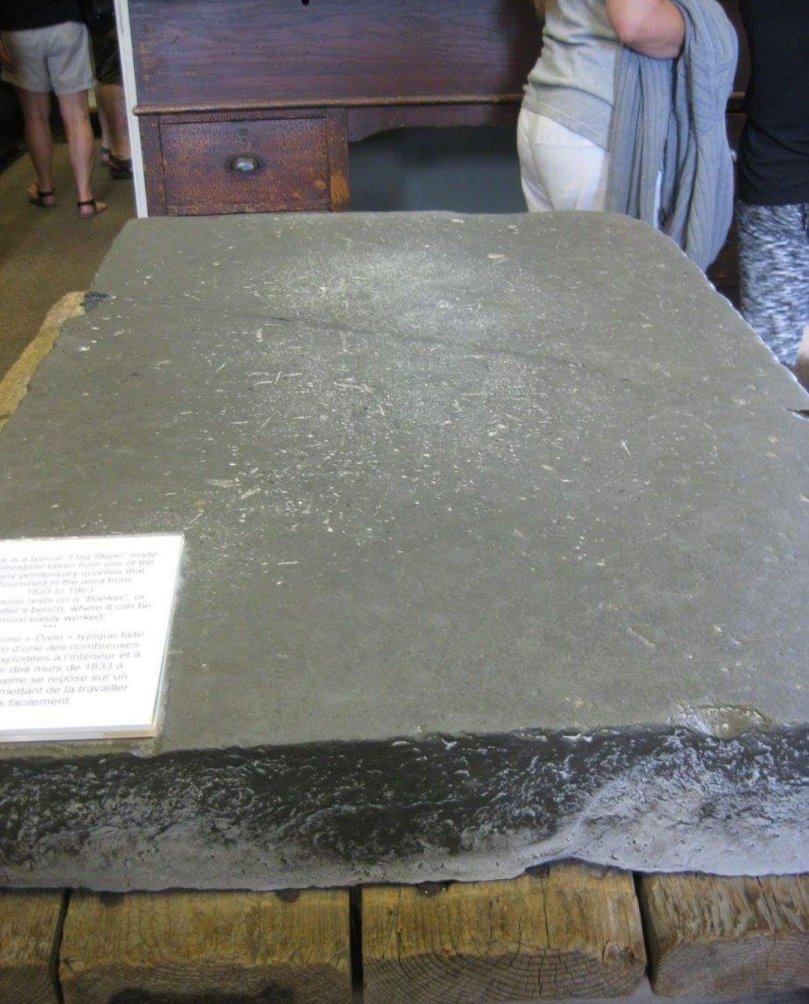 My finally picture for this post in the stone that the prison was made of. The inmates actually built the prison while they were serving their sentence. The work they did was amazing, which you will come to see in a future post!

Stay turned for more about my Kingston Penn trip!

Hey everyone! So the last couple of years have been crazy busy and fun but now I’m officially back. I am going to try my best to keep up with it and that’s starts today with my trying to catch you guys up on everything I’ve done in 2017 so far!

Way back when in April (HOLY) my brother in law decided he wanted to do Bubble Soccer for his birthday! 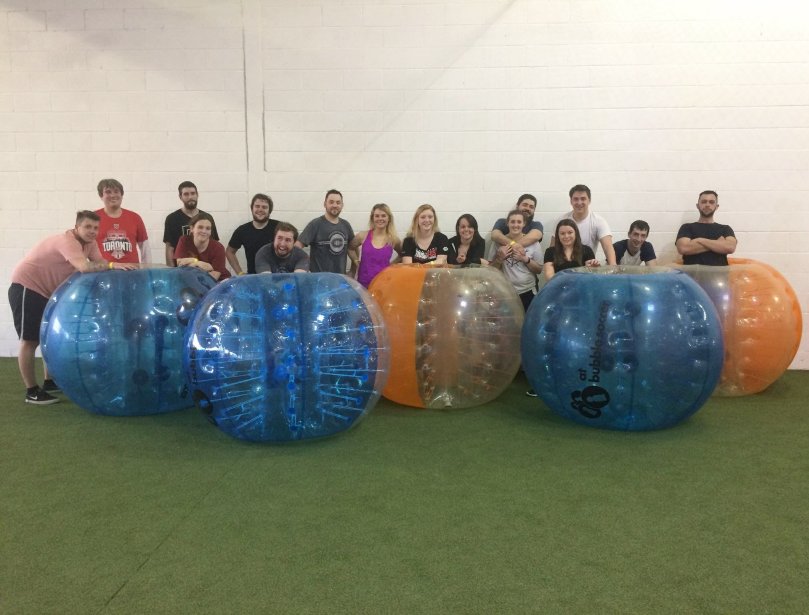 My boyfriend and I actually showed up late but we made it in time to play. You have to crawl into these bubbles where there’s a hole at the top and bottom so you can breathe. Inside there’s straps that go over your shoulders so you don’t have the hold the bubble up and there’s handles in the front so you can hold on for dear life cause you’re gonna need it.

You play the game like dodgeball and soccer combined. It’s the funniest thing to watch because you just see little feet runny around in these giant bubbles. The people we went with would run into you, push you over and get pretty into it so it was fun!

The only downfall is that even though there is a hole at the top, it is so hard to breathe in them. We were all dripping in sweat after playing.

If anyone wants to play bubble soccer we went to

I started high school back in 2005, and throughout the rest of the school years I pretty much had a hard time or just didn’t put the effort in.

My friend told me about this school in Toronto, Independent Learning Centre, it is a school that allows you to finish the high school courses you still need while still being able to work. In December 2012 I registered for the remaining credit I needed and in October 2013 I finished the course and the exam.

Last night I got an email saying I have officially graduated and my diploma will be at my house in 4-6 weeks! I am very happy about this and I think my parents are too. I will make a short post saying when it has arrived and maybe with a picture!