Barney was the main character that everyone knew and loved when they were kids, when they turned into a teenager we all started to think he was pretty creepy. 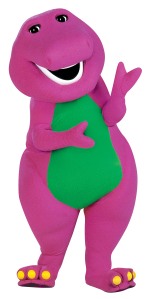 B.J is the big brother to Baby Bop, he is a seven year old Protoceratops that always wears a red baseball cap and red sneakers. Why B.J is a different dinosaur is beyond me but we didn’t know what as kids. 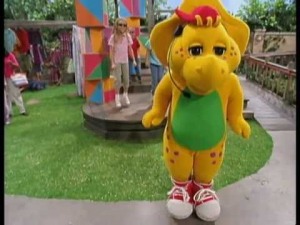 Each dinosaur had their own songs and interest that taught kids ages 1 to 8 years old.

Now I don’t personally remember watching this as a kid but my mum tells me I loved this show and would watch it all the time.

Let me know if you watched this show or if you had kids that watched it!

(All pictures taken from Google, Info from Wikipedia Barney and Friends page)