We are starting out 2017 with a bang! On January 1st my boyfriend and I went to the Centennial Classic at Exhibition Stadium (BMO Field) in Toronto, Ontario, Canada! 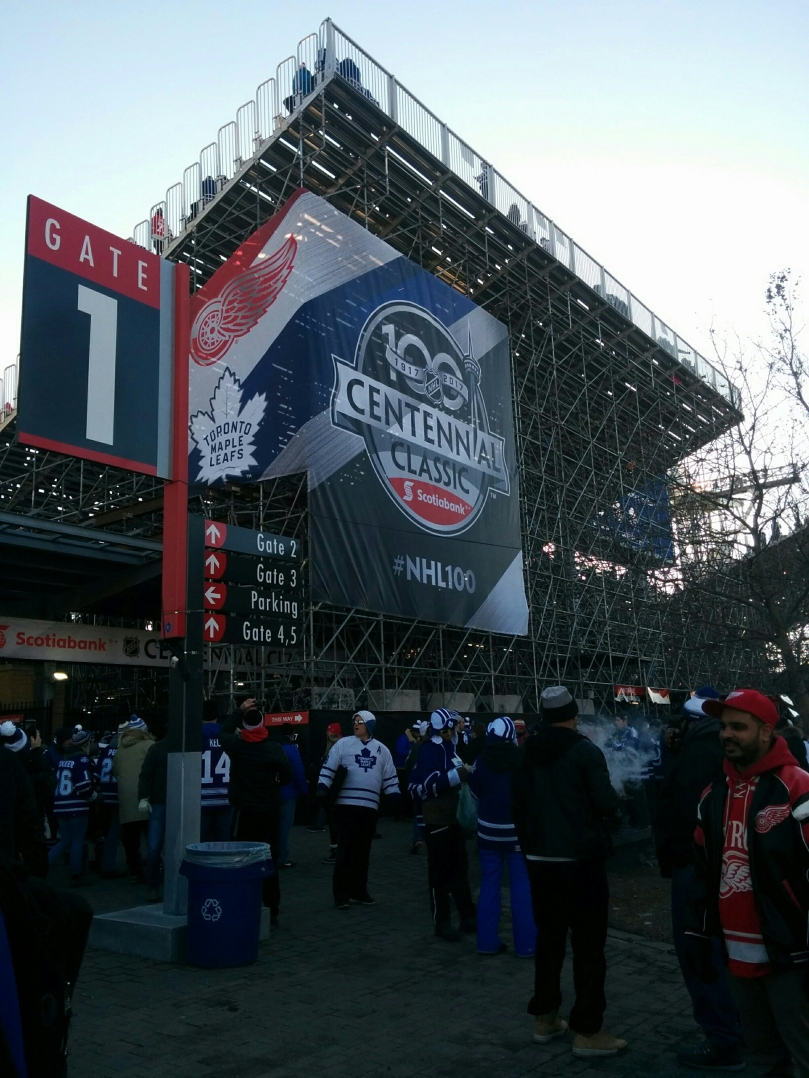 I’ve personally never been to Exhibition Stadium, usually soccer or football is played here, it was packed with Leafs and Red Wings fans as you can see above. The weather was about 3°c but dropped to 2°c as the sun went away. 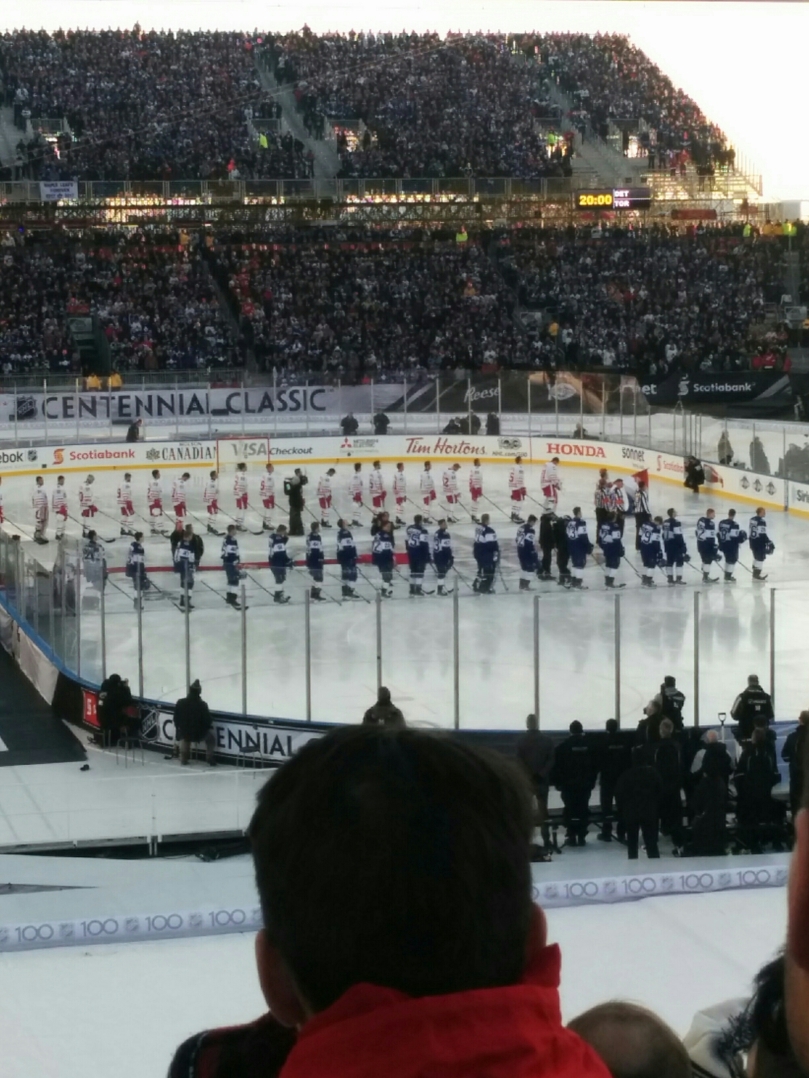 Our seats we’re pretty good but we were sitting on bleachers so our butts we’re cold, well at least my boyfriend’s butt was cold. One of the best parts was the game was the national anthems, at the end they had a jet fly over which flew right over my boyfriend and I. It was so loud you could feel it in your chest.

The first period went by pretty quick and we missed most of the second period getting food and going for washroom breaks, which was okay because everything happened in the 3rd. 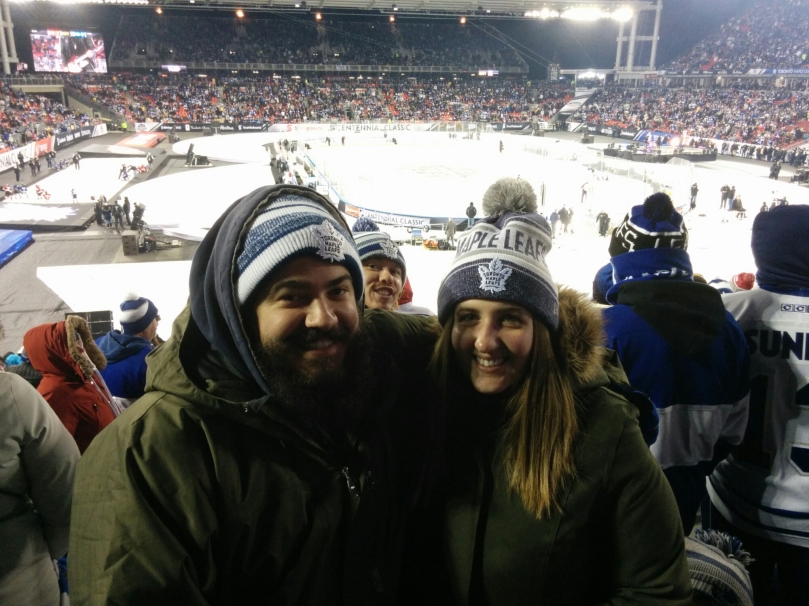 In the third the leafs took the lead until literally the last second of the game when the Red Wings scored. It went under review since everyone said the clock ran out. The goal was good and into overtime we went. It was intense, not a single soul was sitting down then Austin Matthews scores! I kid you not the bleachers were bending from people jumping up and down, everyone was yelling and high fives were all around. In that last 5 mins we all forgot we were freezing our butts off. 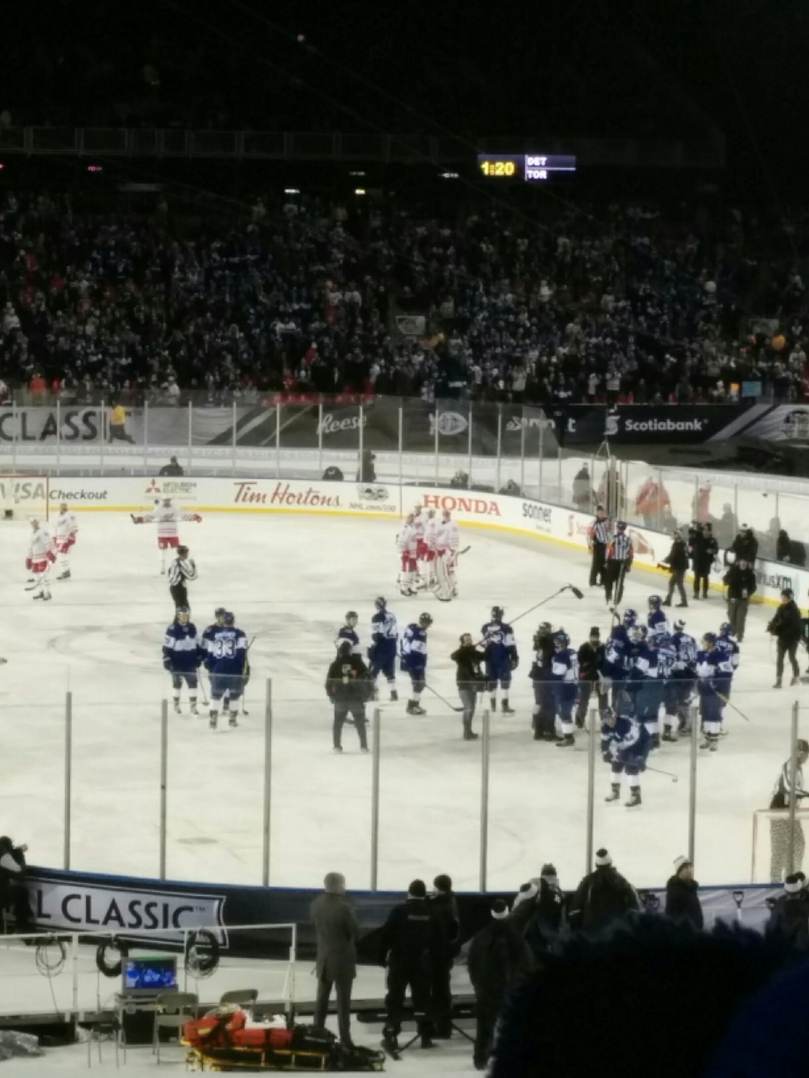 It was a perfect way to start the new year off. Once in a life time experience and I’m so thankful of my boyfriend for making it happen.

I hope you all have a great new year!